We are here to serve YOU, to bring the music you work hard on to a large scale audience, ensuring the highest quality audio across all platforms. Whether you are looking to record new music, or enhance the music you’ve already recorded, KIZMIT will bring your sound to life.

Built on the foundation that the space is as integral to the process as the people involved, we are built to house any type of project, any genre, utilizing the best in Analog and Digital recording. Whether you are a solo artist wanting to flesh out your demos, or a full band looking to record your well-rehearsed songs; if you are a filmmaker looking for an original score, or a creative agency looking for customized music, we can work with you to manifest your vision.

KIZMIT is owned and operated by Joshua Rouah, a multi-instrumentalist performer/producer and NYC resident of 14 years. He has been a music professional since the age of 9 when he began performing a one-man-show backed by cassettes of tracks he made in his (first) studio. This quickly grew to a full scale concert backed by a 5 piece Klezmer band, touring across South Florida and eventually the United States. After graduating from the University of Michigan with a degree in Music and Theatre, he moved to NYC to pursue a career on Broadway. He performed lead roles in GREASE, SOUTH PACIFIC, and WICKED before dedicating his time to creating original music. As a musician and performer at heart, his studio journey began as a means to give a home to the local projects he was involved in. Wanting to create a spirited palace of music, he began attracting these very special pieces of gear to the space.

“The intention to go towards vintage was a subconscious one, led by discovery through research and gut instincts. As a child of the 80’s the draw towards tape machines was inherent, but the attraction to gear of the 60’s and 70’s was purely ‘kismet’ (the Yiddish word for destiny or fate). Every piece of gear here has been especially sought out for it’s sonic value, as well as it’s rare and historic stature. For example the Electrodyne 1204 console was previously owned by Patti Smith and her band, I found it on Craigslist and only discovered the true depths of it’s legacy once I got in touch and went to meet Tony Shanahan. Turns out it’s loaded with the original channel strips from the DECCA Studio console. Little gifts like this are what make KIZMIT so special and personal, both for myself and my clients.” 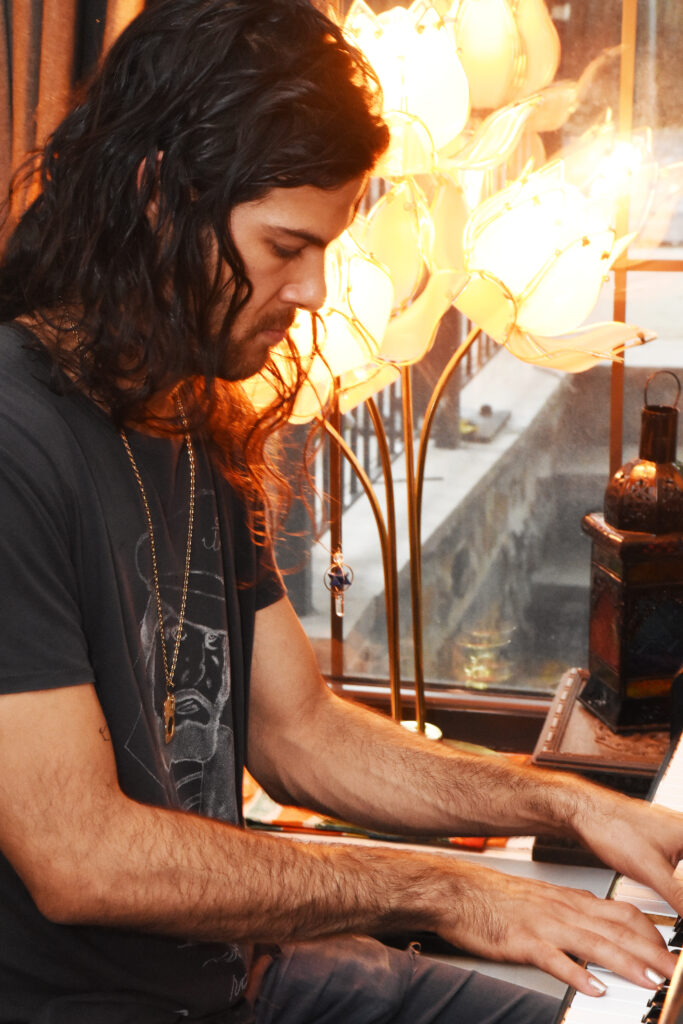